Resolution is the restructuring of a bank by a resolution authority through the use of resolution tools in order to safeguard public interests, including the continuity of the bank’s critical functions, financial stability and minimal costs to taxpayers.

Banks provide vital services to citizens, businesses, and the economy at large.

In the past, because of the vital role played by banks, and in the absence of effective resolution regimes, authorities have often had to put up taxpayers' money to restore trust and avoid a contagion effect of failing banks on the rest of the economy.

In view of the critical intermediary role that banks play in our economies, financial difficulties in banks need to be resolved in an orderly, quick and efficient manner, avoiding undue disruption to the bank's activities and to the rest of the financial system.

Rather than relying on taxpayers to bail these banks out, a mechanism is needed to put an end to potential domino effects. It should allow public authorities to distribute losses to banks' shareholders and creditors – rather than on the taxpayers.

The BRRD and the SRMR set the following resolution objectives: 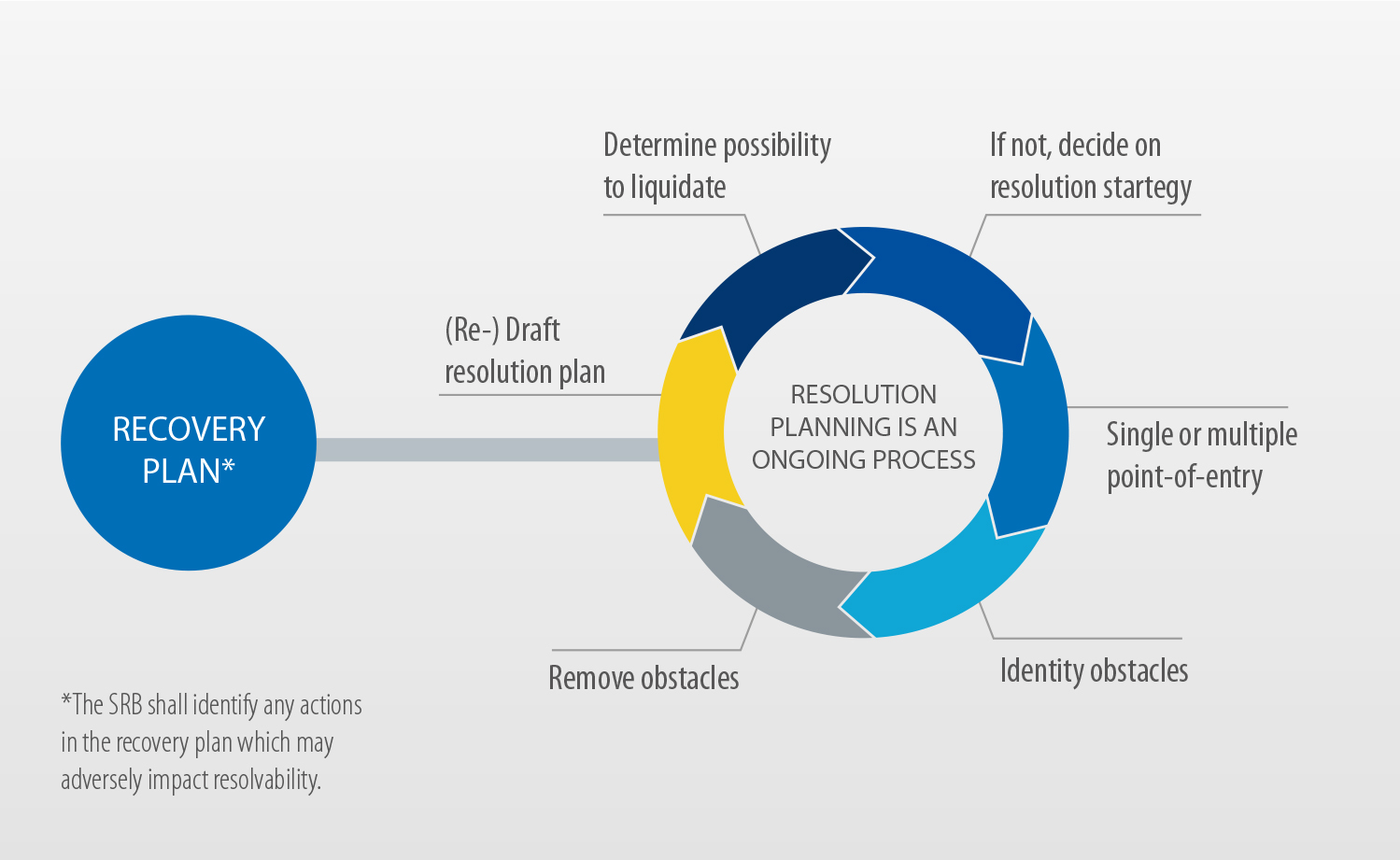 When is a bank resolved?

To manage the bank's failure in an orderly manner, authorities use resolution tools that

Meanwhile, any part of the bank that cannot be made viable again goes through normal insolvency proceedings.

After the recent financial crisis, the EU adopted a number of measures to harmonise and improve the tools for dealing with bank crises in its member countries

Failing or likely to fail (FOLTF)

Resolution occurs at the point where the authorities determine that a bank is failing or likely to fail, that there is no other supervisory or private sector intervention that can restore the institution to viability (for example by applying measures set out in a so-called recovery plan, which all banks are required to draft) within a short timeframe and that normal insolvency proceedings would cause financial instability while having an impact on the public interest.

If it is decided to resolve a bank facing serious difficulties, its resolution will be managed efficiently, with minimum costs to taxpayers and the real economy. In extraordinary circumstances, the Single Resolution Fund (SRF), financed by the banking sector itself, can be accessed. The SRF is being set up under the control of the SRB. The total target size of the Fund will equal at least 1% of the covered deposits of all banks in Member States participating in the Banking Union.