When setting the target level for 2021, the SRB took into account [...

Raising of the contributions

The annual fees levied on banks by EU law are known as ex-ante contributions or simply ‘contributions’. Almost all banks, big and small, across the Banking Union, must pay into the fund.

The SRB is responsible for the calculation of these contributions. The way the SRB calculates how much each institution owes is set out in Commission Delegated Regulation (EU) 2015/63 and the Council Implementing Regulation (EU) No 2015/81. This is to ensure fairness when deciding how much each bank owes.

As part of the calculations methodology, the SRB has developed uniform data definitions, a uniform template and guidelines for all institutions.

The calculation of individual contributions largely derives from the target level of at least 1% of covered deposits to be reached by the end of the initial period and from the size and the risk of each individual institution.

In order to allow the SRB to calculate the individual contribution, institutions are required to report data to the SRB. Institutions therefore need to report data to the NRAs by 31 January of every year at the latest. Where an institution does not submit all the required data on time, the SRB may use estimates or its own assumptions in order to calculate the annual contribution of the institution. In certain cases, the SRB may assign the institution concerned to the highest risk adjusting multiplier.

The NRAs are responsible for the collection of SRF contributions and then they transfer them to the SRF no later than 30 June each year.

Where the available financial means of the SRF are not sufficient to cover the losses, costs or other expenses incurred by the use of the SRF in resolution actions, extraordinary ex-post contributions may be raised in addition.

Mutualisation of the contributions

During the eight year initial period, contributions raised by NRAs at national level and transferred to the SRF are allocated to national compartments corresponding to each of the 21 Banking Union countries.

Where recourse to the SRF is required, the SRB may use the available means in the SRF pursuant to a system of gradual mutualisation as set out in detail in the Agreement on the Transfer and Mutualisation of Contributions to the Single Resolution Fund.

All national compartments will be merged and cease to exist at the end of the eight year initial period. 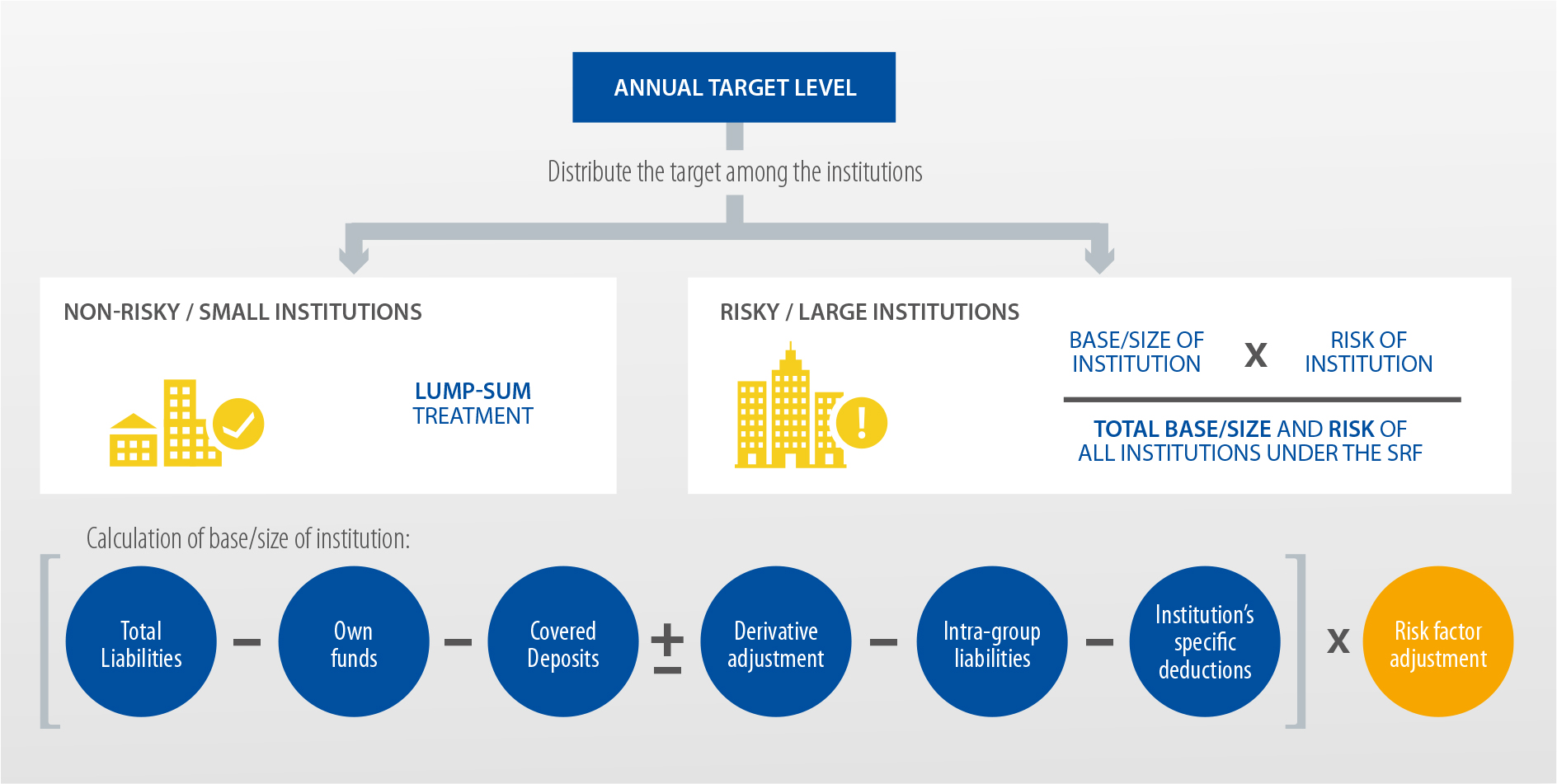